No Advent Wreath image this week, so we'll have to make due with an image of Father Shawn Simchock, the new assistant pastor of Saint Fausrina Kowalska in Nanticoke, PA wearing the rose vestments that are worn twice a year - Gaudete Sunday, the third Sunday in Advent and Laetare Sunday, the fourth Sunday in Lent.

Now things are reaching a frantic pitch. And the world isn't stopping or slowing down, not even during a pandemic. Personally, I received a bit of terrifyingly bad (not health-related) news earlier this week, something I haven't really been able to fully grasp yet, but something that will be waiting for me in the new year. Also: One of our cats appears to be dying. He is the last of the three animals we inherited from a neighbor, and is probably between sixteen and eighteen years old. Two other cats appear to have conditions that need to be looked at by a vet sooner rather than later. Bills past due are reaching their final due date. Things that have been put off too long need attending to. Donald Trump's last-ditch effort to have the Supreme Court overturn the election was rejected, 9-0, and tomorrow the Electoral College vote will make the Biden/Harris victory official.

The pandemic is ramping up. Shutdown restrictions have increased, but so has resistance to them. The UK has started getting vaccines in arms. The first vaccines in the US have started shipping and administration is expected in two weeks.

I made Rocks yesterday, for the first time in about ten years, using whiskey from a bottle from my friend Marc's stash, four years and a day after he died.

I am shipping Christmas gifts tomorrow. Delivery is expected to be late. They may not be arriving before Christmas.

Saturn and Jupiter are moving closer together in the post-sunset sky, but visibility is getting more difficult. The weather isn't helping. I had two clear seeing days last week, December 10th and 11th. Maximum approach will be December 21. After that, they will quickly be lost in the glare of the Sun.

Christmas is coming, and coming fast. 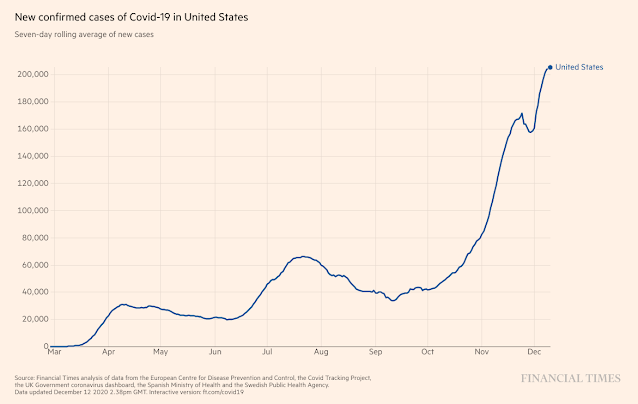 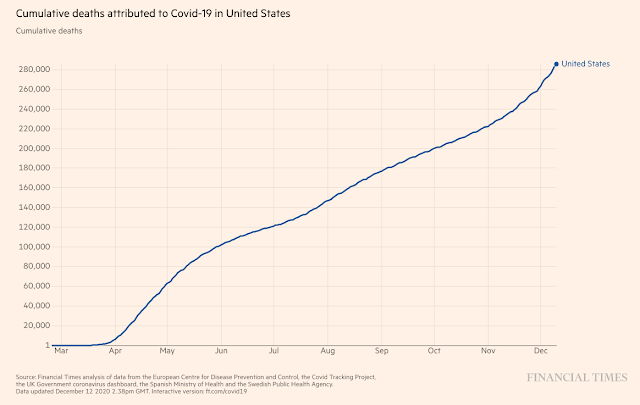