No Advent Wreath image this week, again - I guess that first one was a fluke. Meanwhile, Saturn and Jupiter move toward their tightest appearance for the next 800 years on Monday, December 21, 2020, but we will likely be clouded out then, just as we were tonight. These images from Saturday, December 19 may be the best shots I'll get.

It snowed Wednesday, a lot. We had nearly two feet of relatively dry, light stuff, though in other areas the snow is wetter and heavier. Binghamton, NY had nearly four feet, which will eventually melt and flow into the Susquehanna River.

The first shipments of COVID-19 vaccine have started going out, and the first shots are going into arms. Many of those arms belong to politicians who have downplayed and dismissed the seriousness of this virus or even the existence of a pandemic - they now say they want to set a good example. Meanwhile, Donald Trump is considering declaring martial law to try to stay in power. The consequences of the Great American Fuck-Up of 2016 will continue to reverberate for decades.

Romeo died this week. I will pick up his ashes in a few days. Homer has some weird swelling on one side of his face which may be affecting his eye. I took him to the vet on Friday, and we have a follow-up Christmas Eve. Ray also needs to go into the vet soon for a swelling in his ear.

After some effort, we have our Christmas tree up and decorated. 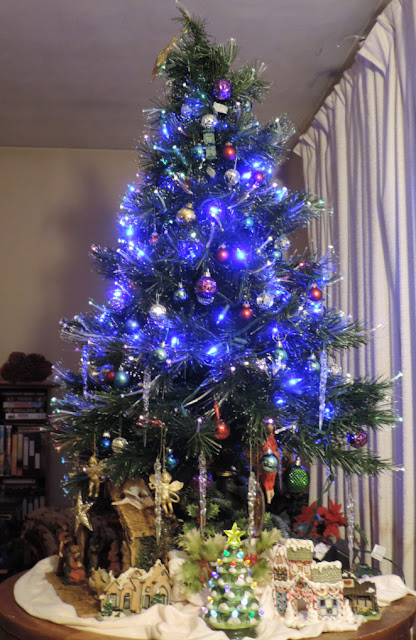 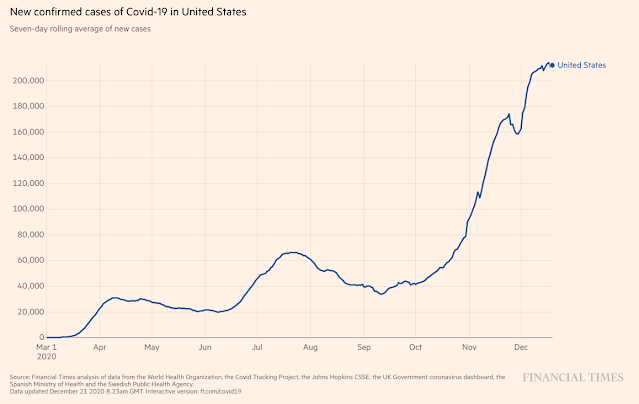 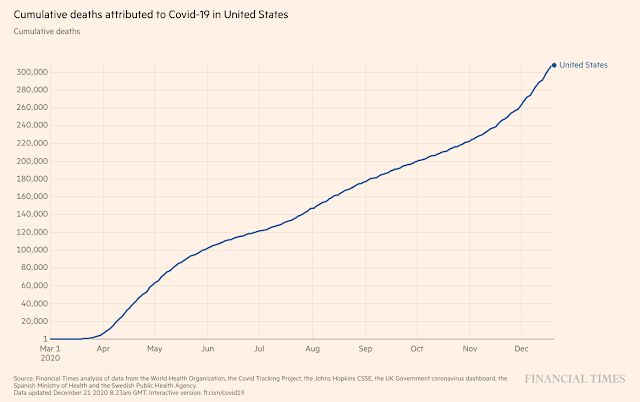