Christmas decorating continues. No baking has been done yet. I've run through some end-of-year expenses and am making some hard decisions about purchasing gifts this year.
I've been stretching my writing muscles again after a long period of abstinence. I wrote a bit of Star Wars fanfiction that I first conceived of back in 2005. I've been planning to write some whole-cloth mythology for Northeastern Pennsylvania - something that doesn't rely on existing native American mythology (more on that below) or any mythology of more recent immigrants. Something rooted in this area, something that answers some questions about the oddities of this area.
One of those oddities: much of Northeastern Pennsylvania, including the Wyoming Valley where I live, never had full-time or even long-term native inhabitants. The Iroquois Confederacy built its empire in upstate New York, conquering and absorbing smaller tribes. Other independent tribes established territories east and south and west of here, but for the most part, this was just a seasonal hunting and fishing ground, often shared by several tribes but occupied by none. (The Iroquois eventually claimed it, but they claimed a lot of territory.) Why didn't anyone want to live here? The area is beautiful, the land is fertile, the mountains are long, gentle, rolling things, like the backs of giant lizards. And the great crescent-shaped valley that fills much of the northeastern corner of the state is rich in anthracite coal, known even before the coming of white men to the area.
I've got an answer. I'm inventing the mythology, a mythology that precedes any human presence. I have stories to write that are based on this mythology, but first I wanted to get the mythology written out. Or at least, a telling of the mythology, with gaps and omissions. Let's just say spiders are our friends, and there's a reason they dwell in and around our houses.
In the same way I'm thinking of creating a new set of traditions for the four weeks of Advent.
I started last week, I suppose. The first week of Advent evoked a flood of memories of Advents and Christmases past. It is important to remember the past, but it is important not to dwell there full-time. So in the second week of Advent, we should turn out attention to the present - at least, the near future, the Christmas coming in less than three weeks. Now is the time to decorate, to buy presents (to avoid the rush of coming weeks), to make up lists of where to send cards, to locate recipes and make sure you have all the needed ingredients. It is also the time to close the books on the current year, to avoid having to worry about that in the final weeks of December.
Meanwhile: the Thanksgiving surge in COVID-19 cases looms before us like a coming storm. We knew what could happen. Many people chose to ignore the warnings about traveling and gathering for Thanksgiving. Now is the time we will begin to see what effect this will have. How many people will be sick for Christmas?
A coming conjunction. A coming spike. A coming Christmas.
Things will soon start to move very quickly. What will be the focus of the third week of Advent? I guess we'll find out in a week. 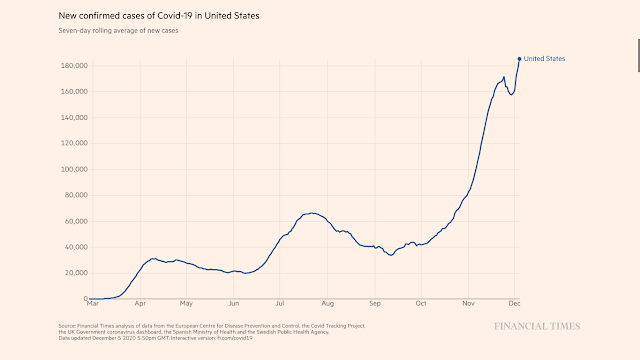 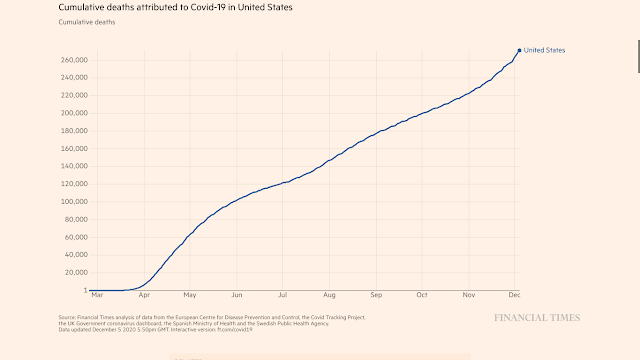 Glad you're writing again. I check in periodically. Was born in the Valley but left at age 18 although visited there until about 2010. Enjoyed your posts about life there now and will enjoy anything else you write about life there (early or current)

Glad you're writing again. I check in periodically. Was born in the Valley but left at age 18 although visited there until about 2010. Enjoyed your posts about life there now and will enjoy anything else you write about life there (early or current)