I had another dental appointment yesterday. I'm catching up on all the dental work that should have been done over the last year, and most of the year before that - maybe even longer than that. After the appointment I drove half a mile to an ATM where I stood in a socially-distanced line with several other people - I was the only one masked, because I couldn't be sure of anyone else's vaccination status, and didn't want to take any chances. I noticed that the day, which had been crisp and clear when I left the house shortly before 10:00, had turned clear and somewhat less crisp. To me the cool temperature (probably in the low 60s F) and the low humidity were absolutely perfect, but others wore heavier clothes more appropriate for early Winter.

As I drove back down the hill to the supermarket, NPR announced that fully one-third of the U.S. adult population was now "fully vaccinated" (at least two weeks beyond their second shot of a two-dose vaccine, or at least two weeks beyond a single-shot vaccination), and two-thirds have had at least a single shot - and India was experiencing unprecedented COVID-19 rates. 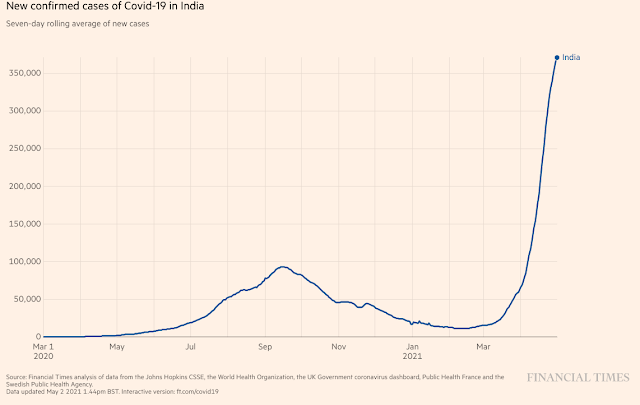 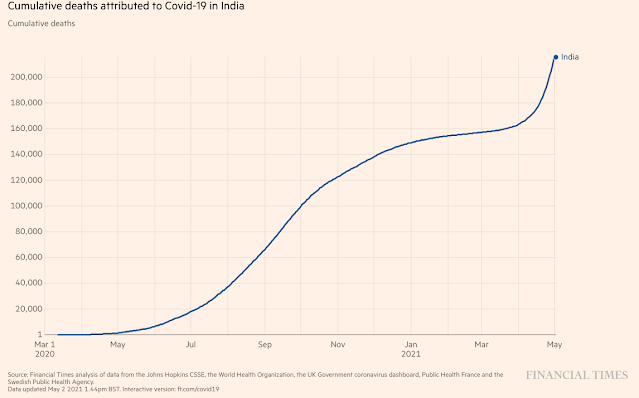 I moseyed through the supermarket, not under any sort of time pressure. I got everything on my list plus one or two extras. I got home, began to unload the car, and was completely overwhelmed by the beauty of the day.
It was one of those rare early-Spring days. The day had gotten warmer but was still quite cool with low humidity. The sky was cloudless, and the shade of blue that poets and artists term cerulean. The birds were singing, flowers were blooming, trees were leafing out  or showing blossoms. But there was something else...something I knew, but couldn't quite...
Yes. Donald Trump was no longer occupying the White House. We once again had a sane, decent President. Joseph Robinette Biden. The sort of guy who will pluck a dandelion gone to seed out of a lawn and hand it to his wife to blow on and make a wish. A President elected with more votes than any other President in history.
Suddenly the sky seemed to get brighter, the air sweeter, the birds more exuberant in their song.
Trump hasn't gone away. He's still ensconced in his lair at Mar-a-Lago. He still has his supporters, the people who engaged in the violent attempt to stop the counting of Electoral votes on January 6, 2021, and the people who vigorously deny any such thing happened. Five out of eight of my neighbors voted for him, including the people across the street, the ones who have friends visit every Sunday in an SUV with a TRUMP 2024 bumper sticker, and the people down the street who flew a TRUMP flag and a COME AND TAKE IT flag and now fly a new flag, a mockery of the flag of the United States where the stars representing the fifty states have been replaced with a Roman III representing the right-wing "Three Percenters" movement. They're out there on Parler and Gab, talking about the things they'll do after they're in charge again, how they'll execute all members of the media (except for the ones from propaganda outlets like OANN and Newsmax, and maybe a select few Trump loyalists from Fox News), how Joe Biden and Hillary Clinton and many other Democrats have in fact already been executed and replaced with clones. They're insane, they're dangerous, and they still have the vote. They have a very good chance of taking back one or both houses of Congress in 2022, especially if they are successful in their legislative efforts to make voter suppression official state policy in dozens of states. They have a real chance to take back the White House in 2024.
But for the moment, a brief moment at midday on the first day of May, all seemed to be right with the world. It wasn't. All that would be dealt with in the moments that followed. Yesterday I allowed myself a little time to feel relief, gratitude, and joy. 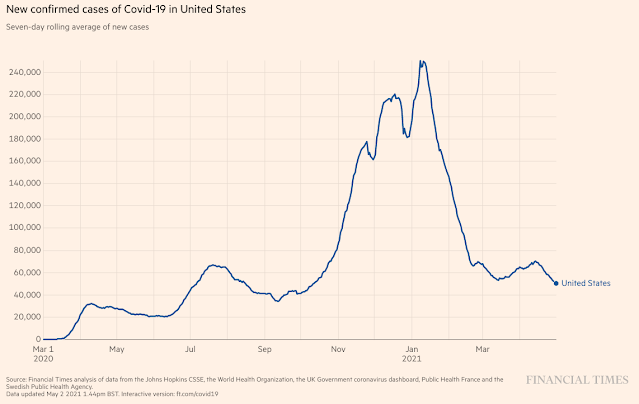 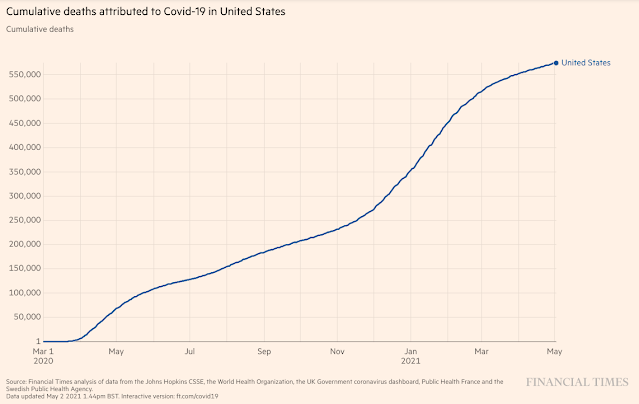