Today I got done most of the things I meant to get done yesterday. I picked up a new hydration kit for Thor, consisting of a bag of Lactated Ringer's Solution, an I.V. drip line, and some needle tips. I also picked up three and a half months of comic books from Rubber Mallet Comics in West Pittston - the last time I was there was the day before Thanksgiving. I bought a variety of cat food from Pet Supplies Plus using a 10% off coupon. I bought mostly non-essentials from Walmart and paid for them with a $25 gift card my sister gave me for Christmas, plus a dollar and some change.  I did a grocery run and kept the bill to just over $105.00. I bought some half-price day-after-Valentine's Day chocolate. I changed my door decorations from hearts to shamrocks. I made this week's oven-fried chicken lunches and did several loads of laundry. And I read a bunch of my comic books.

I didn't get an overdue oil change, nor did I return the empty bottle from eggnog I purchased during my eggnog shake quest to Hillside Farms. Those can both wait until next weekend.

And today Donald Trump declared a NATIONAL EMERGENCY because he didn't get his way. Fuck that guy. 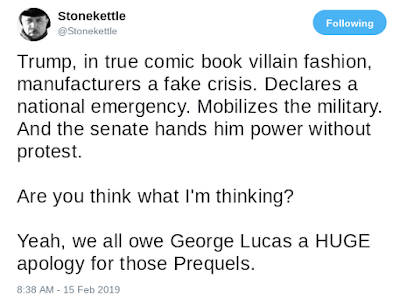 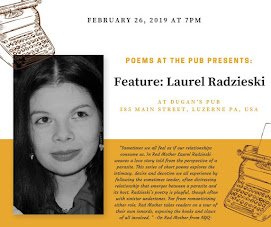