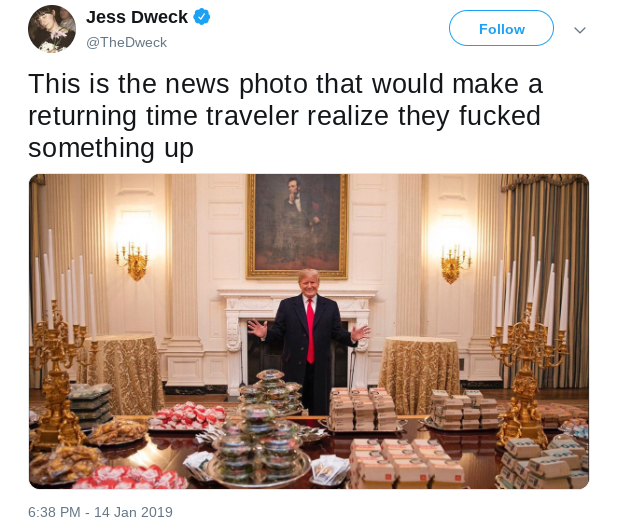 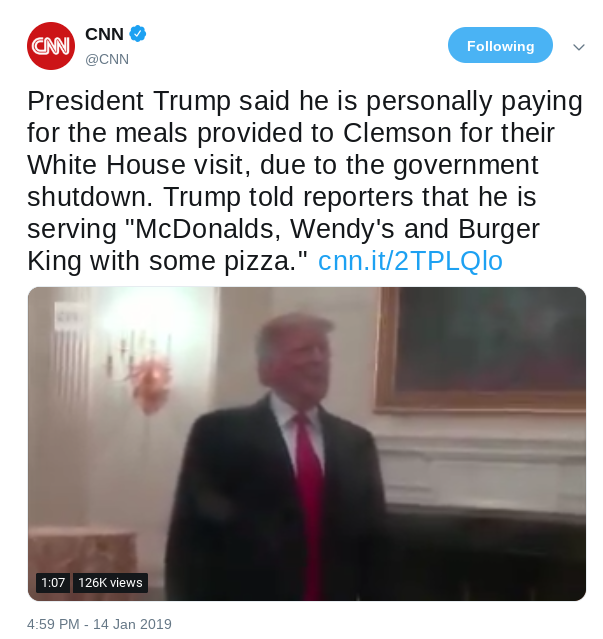 Note for future historians: This is during the longest shutdown of the Federal government in U.S. history, a shutdown being forced by Donald Trump, who refuses to end it until congress agrees to provide more than five billion dollars in funding for a little more than two hundred miles of border wall. This is also shortly after news broke that Trump had, to no one's surprise,been under FBI investigation for potentially being a Russian "asset." Trump is now serving fast food in the White House.